VR Demonstration at the retirement home 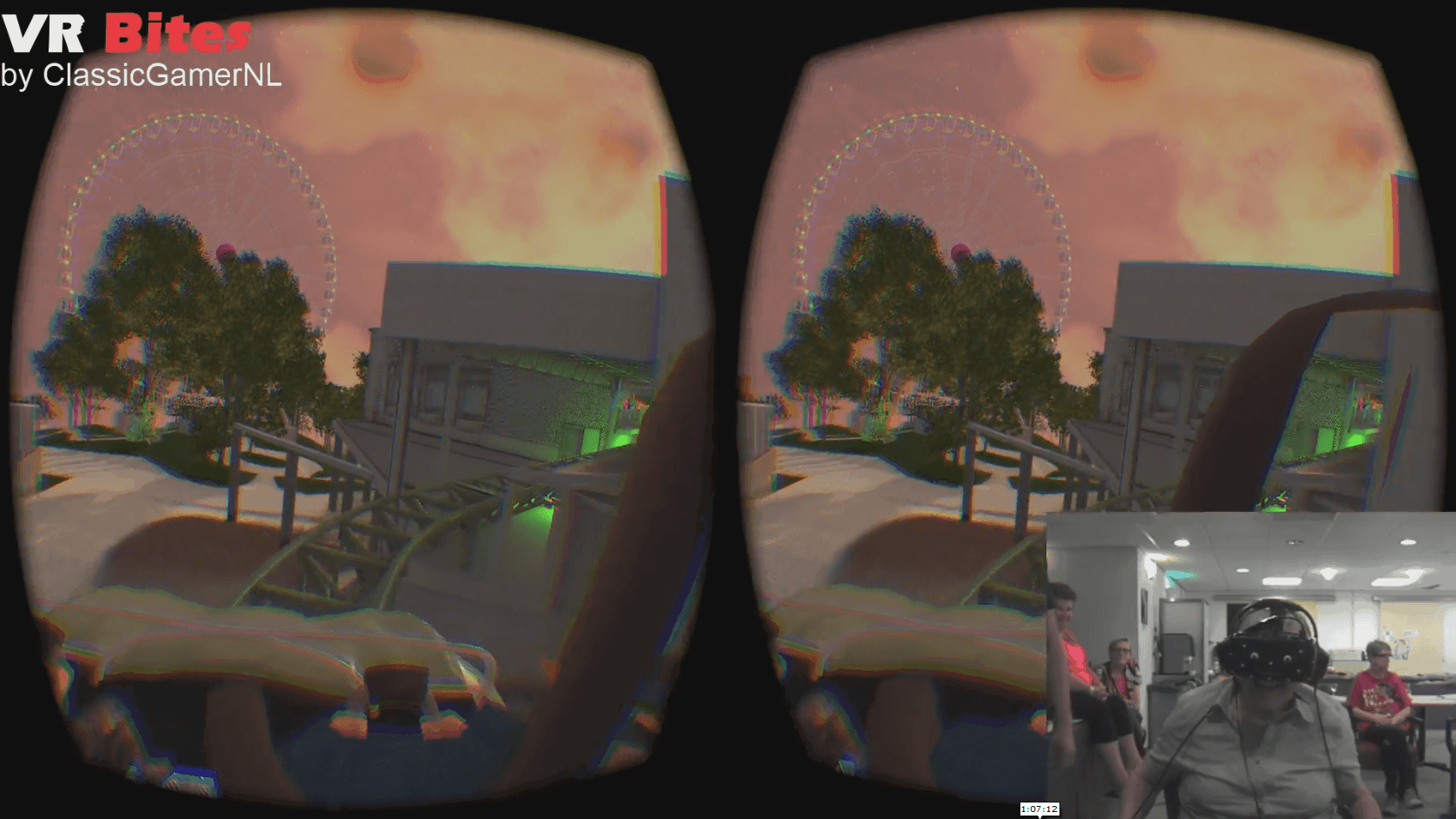 VR Demonstration at the retirement home

Today I gave a virtual reality demonstration at a retirement home in Haarlem (Holland). The elderly don’t have much to do this time of year because of the holyday season, so I brought some fun to their homes today. At first we tried out Colosse: A Story in Virtual Reality. This was a bit scary, but most elderly loved it. At the same time I showed Jurassic World on the Gear VR. This was a big hit! The elderly loved the dinosaur and totally forgot where they were. Screaming yelling and laughing. After Colosse it was time for Titans of space on the Oculus Rift and TheBluVR on the Gear VR. This was also a great experience. Titans of space gave a bit of a floating feeling and the sharks on TheBluVR were a bit scary but the reactions were all very positive.

When we were finished with these demo’s some elderly wanted to try out a coaster and Cyberspace. So the nurse went first to test the experience and then some elderly also tried the coaster and even cyberspace. The elderly who didn’t want to do the coaster tried out Jaunt’s video’s from Paul McCartney and The North Face: Climb. You should see the happy faces when they came out the rift. For most of them it was a long time ago they went outside and now they were climbing mountains.

This raised the discussion what we could do next time. The elderly love nature and nature movies. So I think the 360 cams need to be adapted fast. Especially in nature films this would be a big hit!

And for this you don’t even require advanced hardware. This is stuff the Gear VR is capable of. So I hope we can show them some nature demonstration the next time. It still needs to be planned, but it will be somewhere in October or November. If you have any suggestions, please let us know.

For the next time Project CARS with a racing wheel is planned, nature movies and an easy coaster ride.

It was a great day and the elderly were really tremendously happy and joyful. VR is a great solution to let them experience new things and let them do great things. Only big smiles today. 🙂

I don’t know if I’m going to publish the videos we’ve made, because it was not the entry point of this demonstration to make them. I will look into the content.

0
0   0
previous How to Create Google Cardboard from a Pizza box
next Gamescom 2015: I’m excited and tense.