Playing the Kickstarter game MushRoomBallVR with the Oculus Rift DK2

Previous Video The Hunger Games: Virtual Experience with the Oculus Rift: DK2!
Next Video HE IS LOOKING FOR ME!!! | Monstrum Oculus Rift DK2
prev next
0
0
0 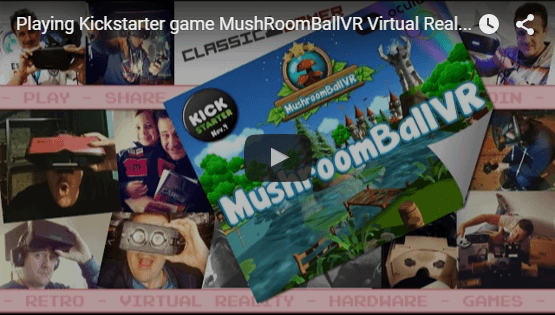 Playing the Kickstarter game MushRoomBallVR with the Oculus Rift DK2

MushroomBall is a first/third-person VR platformer for the Oculus Rift DK2/CV1 with support for both Gamepads and/or the Virtuix Omni. Become a part of a new mushroom World to save the Kingdom of Mervil’s. New enemies have arrived and are threatening the Mervil people’s very existence! Will it be you who defends the Kingdom?

The game will be released on the same day the Oculus Rift is released. Fund on Kickstarter

ClassicGamerNL is a Dutch YouTuber who plays all the games he likes. He has a big collections of game consoles but since VR is available he has a preference for VR games.

0
0   0
previous The Hunger Games: Virtual Experience with the Oculus Rift: DK2!
next HE IS LOOKING FOR ME!!! | Monstrum Oculus Rift DK2