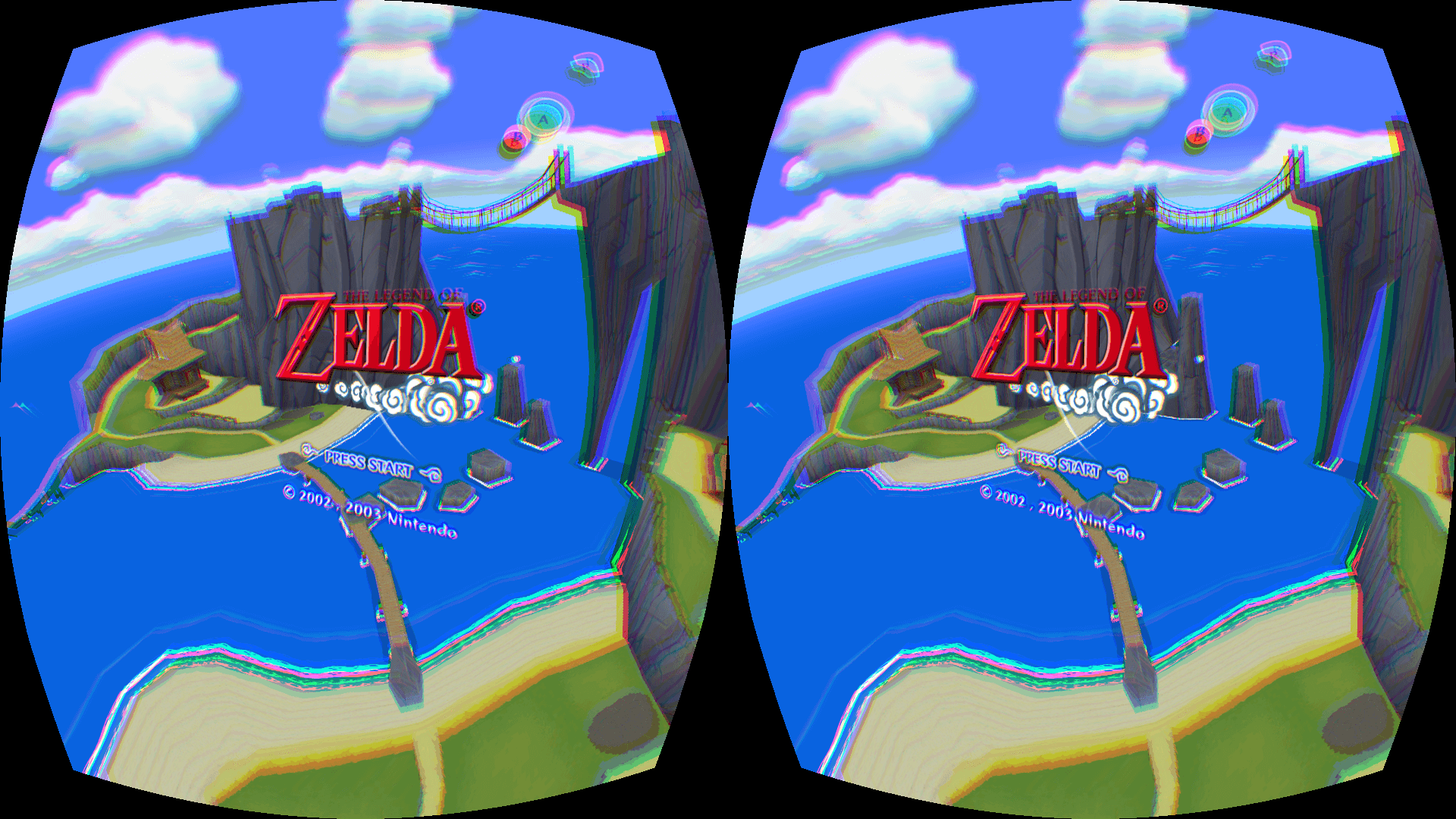 Dolphin is a GameCube and Wii emulator were most games run perfectly on. Games are playable in HD quality (a features the consoles are not capable of). Dolphin is actively developed and almost every day new features are added and bugs fixed as well. Dolphin is a multiplatform project and many operating systems are supported. It runs on Windows 7/8 (x86 and x64), Mac OSX and Linux. As an open source project everyone can commit improvements, that’s how Dolphin VR is created. Carl Kenner based his Dolphin VR-Hydraon on the original Dolphin source. Many games are not working yet in VR, it’s a work in progress. You can adjust the VR settings for each game separately.  Some games work well, we at VR Bites like to try them all to let you see how they look in VR.

Dolphin (the non VR version) has a nice documentation online. The guide will help you understand all the configurations needed to setup the great emulator. We could setup our Dolphin VR emulator very easy. The Oculus and tracking software was automatically recognized and the GameCube gamedisc  could be easely dumped with a regular dvd-rom player and the images played with Dolphin VR. As a controller we used the Xbox USB controller. Setup was easy using the GCPad config button.

We have tried several GameCube games so far and could play most of them without to many problems. Zelda the Windwaker stand out most, but also 1080 avalanche was great fun witg the Oculus Rift DK2.

The Dolphin VR emulator is great fun! If you have an Oculus Rift you don’t want to miss this. Just get a few GameCube discs from eBay and play like you never have played any Nintendo game before. We’re going to test VR emulated Nintendo games from now on, so you know which ones are definitely  worth searching for.

Playing with the recording on, made the game very sloppy. When we turned off the recorder it run a lot smoother. If you have any tips, don’t hesitate to let us know..

Pikmin did a lot better and is our new favorite game to play on the Oculus Rift.. Such joyful colors and lovely gameplay! It’s like Nintendo made these games to be played this way… Just skip the first two minutes of our video.