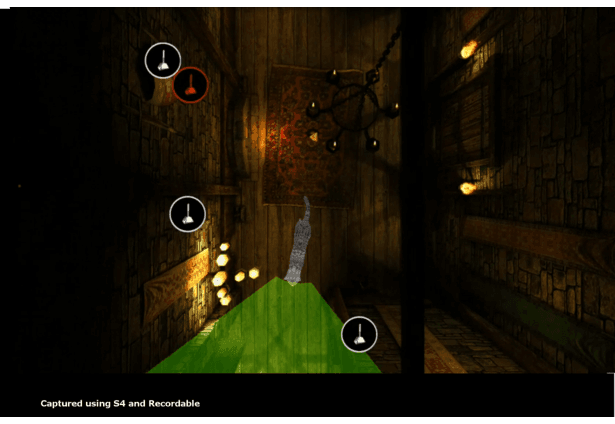 Get ready to experience the timeless clash between mouse and cat with a friend or solo across three incredibly unique Maps. Maps include The Bastille, The Lodge, and The Chantry. One player uses the GearVR to enter the reality of a mouse named Polo while another player controls Marco the Cat from an Android phone or tablet. Polo can also be played as a single player experience in which case Marco is controlled by the devious AI.

Polo’s objective is to eat 6 pieces of cheese hidden throughout the map. Each piece eaten will increment his Cheese Wheel by 1 until reaching 6 at which point Polo will have won the round. Polo is controlled in first person using the GearVR HMD in combination with an Android Bluetooth Gamepad. Polo has two main actions he must perform. Eat and Squeak. Eat by gazing at a tasty piece of Cheese or smelly Onion. Squeak by pressing the 1\A button on the gamepad. If an Onion is found it can be used by pressing the 2\B button on the gamepad. Mouse Training is included in game to cover all the basics you need to know.

Marco’s objective is to catch Polo. Marco’s view of the game is from an overhead perspective; Polo is only visible when within Marco’s limited FOV. Marco is controlled by tapping on the device’s touchscreen. Marco can also perform the following actions by tapping them: Meow, Close Gate, Light Tunnel Stove, and Pounce.